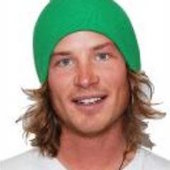 I work on all aspects of nextstrain, including a mixture of programming, data visualization, modeling, phylogenetics and communication. I have ongoing research projects on Influenza and viral reassortment detection.

I received my BSc(hons) in mathematics from Canterbury University, New Zealand and my PhD in bacterial genomics from the Sanger Institute (University of Cambridge) supervised by Julian Parkhill and Nick Thomson. I’ve previously worked in virology with Arvind Varsani and in RNA bioinformatics with Paul Gardner.

During my PhD I built phandango, a web-based visualization tool for interpreting the genomics of bacterial populations.

Integration of genomic sequencing into the response to the Ebola virus outbreak in Nord Kivu, Democratic Republic of the Congo

cli - The Nextstrain command-line interface (CLI)—a program called nextstrain—which aims to provide a consistent way to run and visualize pathogen builds and access Nextstrain components like Augur and Auspice across computing environments such as Docker, Conda, and AWS Batch.

Preliminary analysis of the fifth epidemic of avian influenza A/H7N9