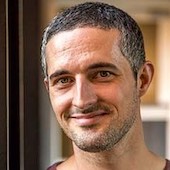 I am a second-year MCB student in the Bedford Lab. I am generally interested in evolutionary biology, genomics, and bioinformatics. My interests in these fields developed while studying genetic algorithms during a master’s program for computer science at Western Washington University (WWU). This research motivated me to return to school to study evolution where I explored prezygotic reproductive isolation between species in the apple maggot species group (Rhagoletis). During my master’s in biology at WWU, I had the opportunity to join Evan Eichler’s lab in University of Washington’s Genome Sciences as a bioinformatics specialist where I studied structural variation and genome assembly in primates.